This tour shares the writing process of the participating authors and you can follow it back and forth across a myriad of writer’s blogs.

You can visit Alex’s Blog and Writing Process post here.

I have a novel in progress, actually a trilogy that started as one novel but got too big. It is about sisters, a prophecy, magic, demons, devils, fallen angels, love, growing up, family, a billionaire and his arcane security force.

In addition, I always have multiple short stories in progress. I just sent off my one and only zombie story. I’ve got a couple pieces of flash fiction I’m finishing up. One may be a bit more political than I’m interested in pursuing.

Balance! I am in the revision process on one book and am in the middle of writing two others, along with trying to increase my blogging. The book in revision is a modern ghost story and one of the works in progress is about a woman who crosses over into a land of various characters from books, while the other is about a college professor who gets forced into the hunt for a missing woman who just happens to be magical… I think. (They are still in progress!)

Right now, I’ve just finished short stories for a dark fantasy anthology. I’m writing a young adult, urban fantasy novel that plays with and twists the legend of King Arthur. I also have a 30-day devotional I’d like to self-publish this year based in part on old blog entries, and I’m working on finishing plotting for an offbeat, sort-of-alternative-history fantasy romance. Yeah, I’m a bit hard to slot into a label. LOL!

I’m not sure what my genre is! My shorts tend more towards horror, and my novel is more or less urban fantasy, but I don’t know if that’s a exact fit either.

I do write a good, strong, smart female character (in the case of my novel – three of them), but I don’t mean that one, single, tough, wise-cracking chick who can kick everybody’s ass. I mean women with their own lives and personalities and characters.

I do include love interests, but these are not paranormal romances.

There is a complete lack of vampires or werewolves (though there is a possibility for one or the other to pop up later on). Also no elves or anthropomorphic furry things.

What I do have is compelling characters and (I hope, anyway) a strong and unique story.

Hmmm…well, here are a couple of things I have noticed.

You know, one of the benefits of writing to genre is that I have an audience that expects certain tropes. I don’t want to wander too far afield from the things that fantasy readers love. But I try to identify a twist on those fantasy tropes. When I’m reading, I like a good surprise, so I try to give that to my own readers. Also, I have a quirky, playful, mischievous sense of humor, which my characters always share. So my work tends to have humorous, offbeat moments even in the midst of serious, intense drama.

Somewhere in there, I became tired of the Strong Male Character rescuing his wilting beauty of a love interest and started deliberately seeking out female authors and female leads who didn’t wait for a man to rescue them.

I have a tendency to go back to some common themes: a character with a power she didn’t know she possessed, a villain using size and strength to intimidate a smaller and weaker opponent, and messages of morality. That last bit was a surprise to me! I never thought I’d write morality stories, but that’s what ends up on the paper.

I almost always write a female protagonist, in no small part because I think good, solid female characters are still underrepresented in sci-fi/fantasy.

Other than that, I just write what comes out of my head. I don’t feel that I have all that much control over it. I am constantly amused by what my characters will do or say – it’s as if they’re the ones in charge rather than me.

This one was pretty simple for me to answer… I write what I want to read.

There are certain themes and ideas I’m fascinated with. So, I write about the things I care about—family relationships, friendships, connection, outsiders and outcasts coming into their true power and specialness. I put these everyday issues—things we all face—into a fantasy setting because I love playing with ideas of what could be. I like the idea of magic, and the idea of living in a world in which more is possible than just the mundane, the ordinary.

Something sparks an idea. Maybe I see an image, or someone says something. Often I’m inspired by something I’m reading, watching, or playing. If it’s not enough on its own, that idea just sits in my head, bobbing up every now and then to remind me it’s there. Often, I end up with two or three of these little ideas when they suddenly join together into the seed for a story.

The actual writing is rarely planned. I start with only the most basic idea of who my characters are or where they’re going. When I get the ending sorted out, then I have to start getting everyone there. In a pinch, I drag out the notecards. I put all the scenes I’ve already written on the cards and then start filling in new cards to help me get where I’m going. So, though I don’t start with an outline, somewhere in the middle I end up creating something that resembles an outline.

Because of that lack of a plan, I sometimes say that I have to write the story to know what it’s about. Once I figure that out, I revise accordingly. What’s this story about? The value of friendship. The meaning of innocence. The nature of destiny… Whatever it is, then the revision makes sure that the story reflects that. Whether you intend to or not, you are saying something with your story and it’s important that you say it well.

It starts with daydreaming. I suddenly think, “Oh, wouldn’t it be fun if…” and then I just write that down. While I don’t write out of order, I do write scene by scene. I don’t outline at all, so I guess I am a discovery writer. I like to write when no one is around, but being as how I have a busy family life, that can be tough to achieve! However, I can simulate being alone by going into another room and putting on headphones. I never listen to music when I write, but I can usually block out other noises.

It’s messy! LOL! I tend to come up with a character in a situation that I find either humorous or intriguing. Then I write the scene, which leads to other scenes. So, I draft essentially without much planning. Then I share it with writing friends who help me identify some things I could do. I rewrite with the questions and suggestions in mind, always going back to what it is about the story idea that I found fascinating to begin with.

When I’m stuck, I find it helpful to do a character interview. I literally ask the character questions, either in my head or on paper. If I can ask the right question of the right character, I come up with answers; I get ideas I wouldn’t have thought of otherwise—powerful, significant ideas. This technique has been an excellent way for me to tap into my subconscious. The artist within somehow always knows what to do. It’s a matter of tapping in.

In a nutshell—I pants it for the first draft, then craft with precision throughout the editing process until I have a final version that communicates something I care about as effectively as I can.

We’ve tagged four blogs to continue the hop. Next week, look for posts from:

9 thoughts on “The Writing Process” 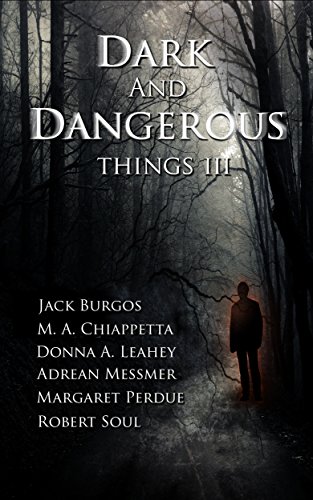 All content on this blog is © Donna A. Leahey, Margaret Perdue, M.A. Chiappetta and Purple Ink Writers, 2013-2016. Unauthorized use and/or duplication of this material without express and written permission from this blog’s author and/or owner is strictly prohibited. Excerpts and links may be used, provided that full and clear credit is given to the author of the post you are quoting or referring to, as well as to Purple Ink Writers, with appropriate and specific direction to the original content.
Loading Comments...
%d bloggers like this: